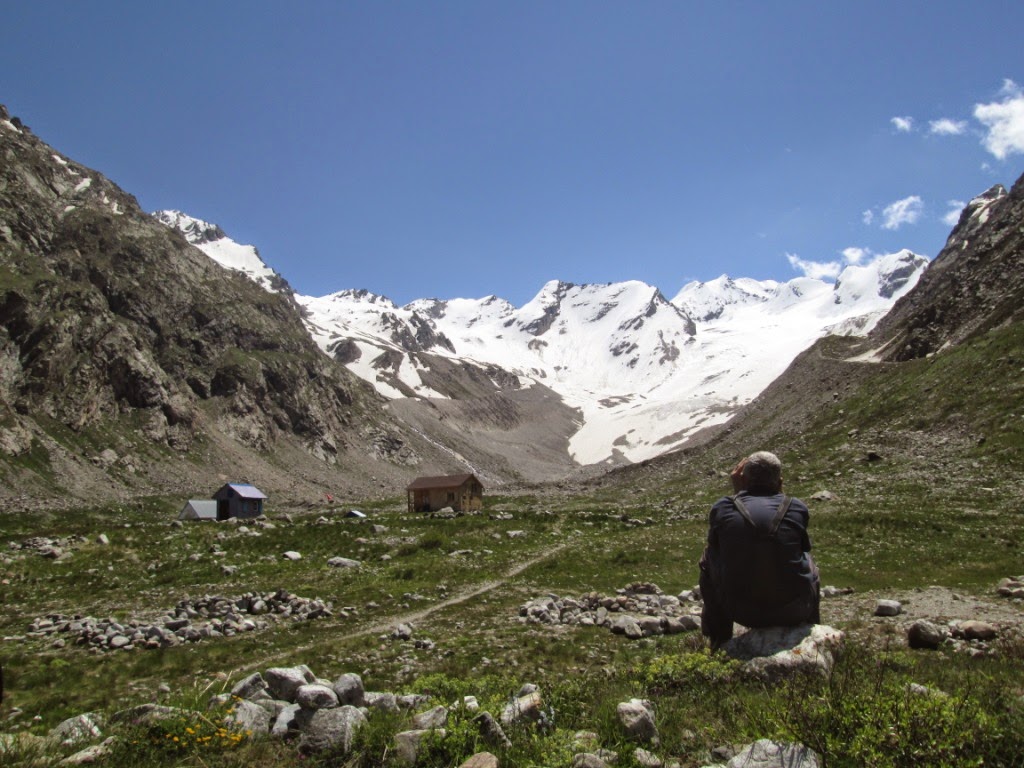 There is a place known as the Green Hotel. There are no buildings there, except for a couple of sheds used by Moscow University to monitor the health of the glacier that lies at the head of valley. Lying here among tufts of grass surrounded by snow topped mountains and ridges, sloping pastures, steep screes and vertical rock and ice faces, time fades away. 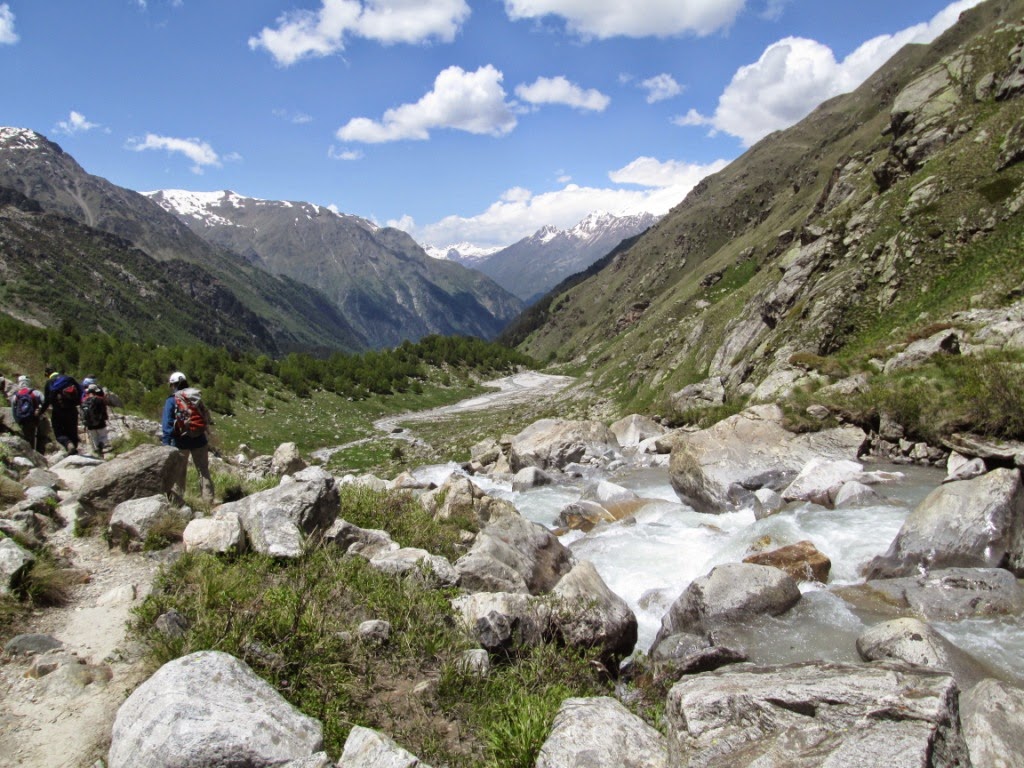 The river is fed by glacial melt-water with its characteristic peppermint coloured milky turbidity. At this point it is youthful and excited, clattering between pebbles and rocks that have come from the recently deposited moraine material scattered around the area. Although still in its infant stages the river’s gradient here is quite flat as it chatters its way across the flat glaciated bedrock between the lush green grass mounds before descending more aggressively through the deeply water incised Anul-Sul valley. 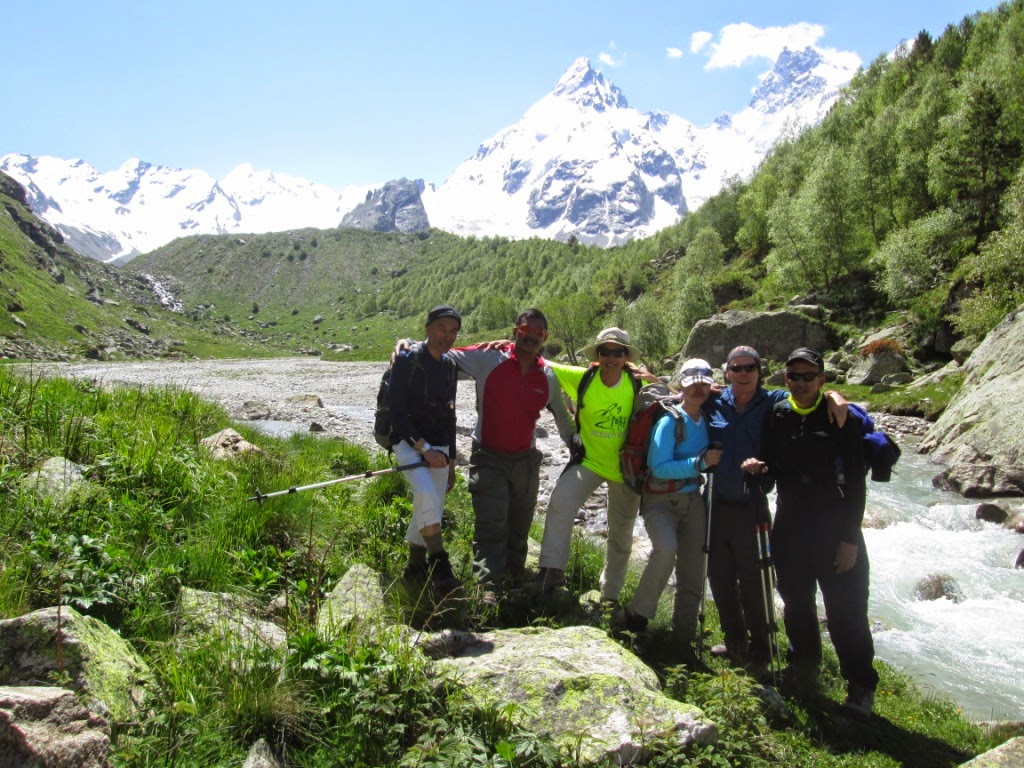 We are in that zone above the tree line and below the summer snow line that has an odd quietness – a serenity that is populated by small alpine flowers
nestled under rocks or crowded between grass tufts and only the occasional and ubiquitous white necked Raven or some similar dog-collared Crow. The valley is ringed by high snow clad mountains and steep alpine steppe and vertical rock faces that beg to be explored and climbed. The serenity seeps deeply into the souls of the six of us who have walked the 2-3 hours up the valley to get here.

Giving the place a special poignancy is the sight of Mount Elbrus framed behind us by the cleft of the Anul-Sul valley. Two days ago we were up there, at the top, and it now looks benignly down on us. For a spit of time we were part of Elbrus and there is a strange intangible sense of belonging. 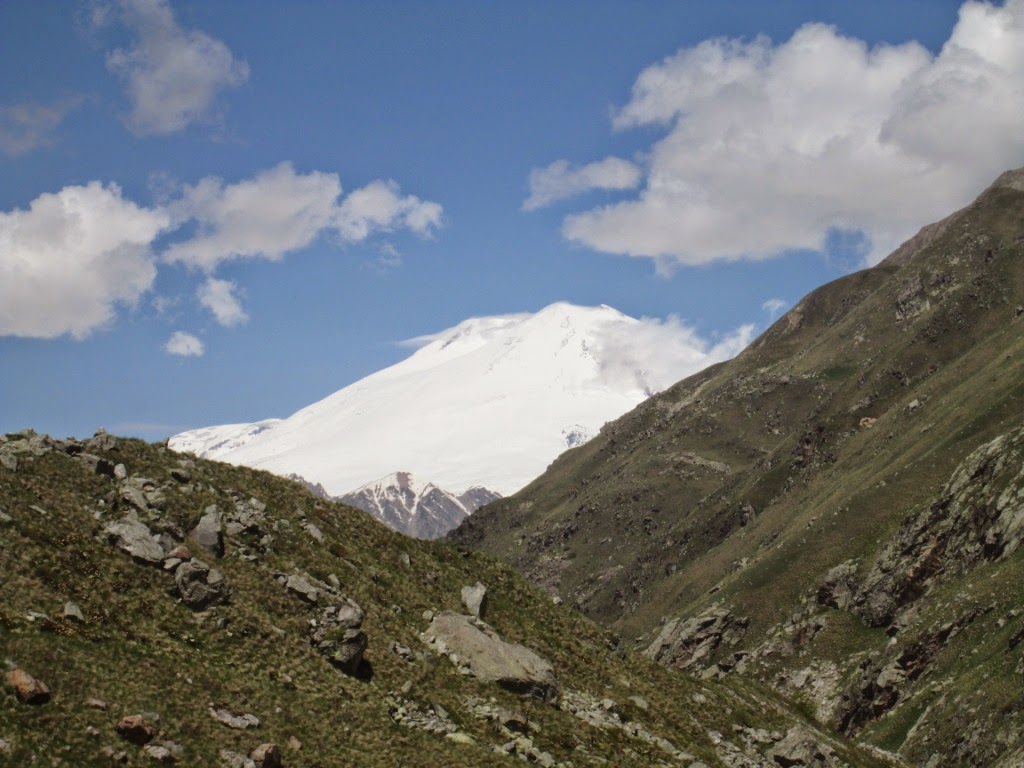 Posted by Steve Mitchell at 8:52 pm